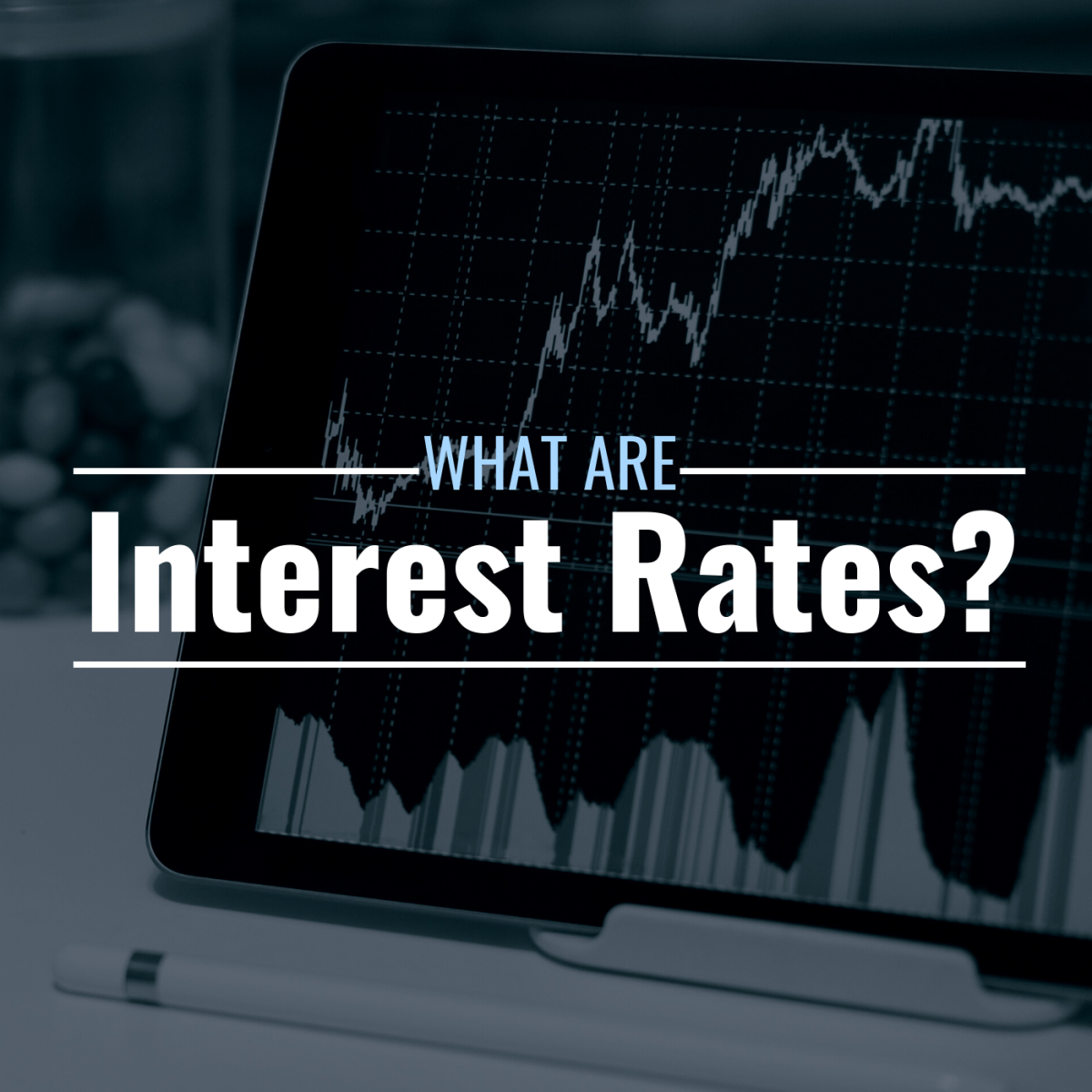 What are the interest rates? How do they work?

What are the interest rates?

When people need to finance major purchases like a house or car, start a business, or pay school fees, they often turn to their bank for a loan. These loans can be short-term, lasting only a few months, but they can also be longer-term, such as mortgages, which have terms of up to 30 years.

In exchange for lending money to people, banks seek repayment of the principal of their loan plus interest. So, interest is the price you pay for borrowing money, and the terms of interest fixed in the loan contract are called interest rate. The interest rate is usually indicated on an annual basis, this is called the annual percentage rate of charge (APR).

Naturally, the higher the interest rate, the more money a borrower will owe their lender. For example, if you took out a $1,000 loan maturing in one year with an interest rate of 10%, the total you owe is $1,100. If the interest rate were only 5%, the amount you would owe would be less: $1,050.

What is the timing of short-term and long-term rates?

Long-term interest rates generally refer to debt securities with terms between one and 30 years, such as bank loans, mortgages, lines of credit and government bonds. These rates follow the 10-year Treasury bond.

What rates are the best? As a general rule, short-term rates are lower than long-term rates because there is less risk in investing over a shorter period: can we assume that the borrower will be there in 30 years and will make their payments on time? ? For the same reason, those who invest in longer-term securities enjoy higher returns because by lending their money to a corporation or the federal government for a longer period, they are rewarded for taking on more risk.

Interest rates are classified according to their yield payments:

Although fixed rates are generally higher than introductory variable rates, they are also more predictable. Borrowers, such as homeowners, can always refinance their loans under favorable interest rate conditions.

What interest rates does the Fed control?

Banks don’t just lend to consumers, they also lend to other banks, and the interbank lending they engage in must follow policies set by the Federal Reserve. The Fed’s job is to regulate the financial sector, keep financial markets stable, and maintain healthy employment levels. It meets several times a year to review the economy at meetings of the Federal Open Market Committee (FOMC).

Each time the Fed meets, it sets a target interest rate range, known as the federal funds rate. Banks use this target as a standard for their preferential ratewhich is the rate that affects deposits, bank loans, credit card rates, adjustable rate mortgages and even some student loans.

When the economy is growing and employment is healthy, the Fed may decide to keep the target federal funds rate unchanged. If economic conditions deteriorate, due to sudden circumstances like a natural disaster or an asset bubble, the Fed may lower the target rate to encourage lending in an effort to get the economy back on track. But if there is inflation, the Fed can raise interest rates to stifle volatility and price increases until things can get back on track.

What interest rates are attached to mortgages?

In particular, fixed rates for 15- and 30-year mortgages track 10-year Treasury bills. These are bonds issued by the US government that mature in 10 years. Treasury bill yields move inversely to interest rates, meaning that when interest rates rise, bond prices fall, and vice versa. Thus, investors closely monitor the daily 10-year Treasury yield, which is available on the Treasury Department website. Falling yields signal to many that now is a good time to make a real estate investment.

What interest rates are linked to savings?

In a nutshell, banks set interest rates on savings accounts. These rates are generally competitive with what other banks offer.

Generally, banks do not offer higher interest rates on savings accounts than they charge on their loans. While banks want people to invest their savings with them, they also want to encourage lending and big spending; after all, banks don’t keep everyone’s money in a shoebox! Yes, they keep some of their deposits as reserves, but they also use cash to lend money to other customers, which adds to their balance sheet.

What interest rates are attached to student loans?

Like other long-term interest rates, federal student loan rates are tied to the 10-year Treasury.

How do interest rates affect the economy?

Almost every aspect of life as we know it is affected by changes in interest rates. Rising interest rates make consumers more cautious about spending and making large purchases, which affects the housing market. Lower interest rates, on the other hand, make it more favorable for companies to finance investments, build new factories, increase production and hire new people. Lower rates drive economic growth and are generally celebrated by the stock market.

Are interest rates affected by inflation?

Yes. Rising prices are the hallmark of inflation, and when prices rise people can no longer afford to do most of the things they could do before.

The Federal Reserve works to keep the economy stable and its currency strong. He does not want prices to rise out of control. That is why it raises interest rates in inflationary environments, so as to discourage lending. It all comes down to supply and demand: when people can’t afford to buy things, demand drops and, as a result, prices drop.

Why are interest rates so low?

Fueled by the implosion of mortgage-backed securities, the 2007-2008 financial crisis rocked global markets, and in response the US government added billions of dollars of emergency stimulus to the economy and the housing market. It passed bills strengthening financial sector regulation and the Federal Reserve launched a series of quantitative easing measures, bringing interest rates to near zero, to once again encourage consumer confidence and lending. . Interest rates have been kept at this low level for over a decade, and the stock market has had a long bull run as a result.

How to calculate interest rates?

The interest rate calculation is the sum of principal plus interest (not to be confused with compound interest, which is a bit more complicated):

Dan Weil of TheStreet thinks Russia’s invasion of Ukraine will cause the Federal Reserve to raise interest rates by as much as 50 basis points at its next meeting.

As the Reserve Bank raises interest rates, vodka could be the answer