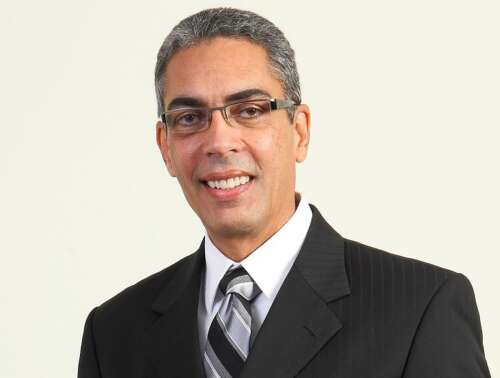 On On September 21, the U.S. Federal Reserve (the Fed), as part of a determined effort to control inflation at all costs, raised the federal funds rate by three-quarters of a point, to between 3.00 and 3.00, 25%, the highest level in 15 years.

Fed Chairman Jerome Powell, who has promised further rate hikes, said previous rate hikes failed to reduce inflation; that the chances of a soft landing for the US economy were diminishing; and that Americans should expect “economic pain”. Unemployment is expected to rise from 3.7% this year to 4.4% in 2023 as workers will be forced to feel the burn to bring down inflation.

A week later, on September 29, The Economist, a British newspaper, published an article titled “The Big Squeeze” in which it argued that the unprecedented, rapid and synchronous rise in global interest rates put the global economy at risk of a “historic” slowdown. He said the likelihood of an economy emerging unscathed from the interest rate spiral experience is diminishing.

The same day The Economist published his article, the Monetary Policy Committee (MPC) of the Bank of Jamaica, which meets approximately every six weeks to determine the price, quantity and allocation of Jamaican money, or who gets what, when , where and how much, decided to raise the bank key rate by 50 basis points from 6.00 to 6.50 percent. This followed Jamaica’s “big squeeze” that began in October 2021 when the MPC tripled the monetary policy rate from 0.5% to 1.5% to, he said, contain inflation, which had exceeded its 4 to 6%. target range.

There were cries, lamentations and gnashing of teeth as the beneficiaries of the bank’s accommodative monetary policy began to fear that it was restricting too tightly their access to the easy money they had grown accustomed to. The governor was accused of acting “irresponsibly”. A year later, and after a 13-fold increase in the key rate, which now stands at 6.5%, price inflation, officially at 10.2%, is relentless and monetary policy is at an impasse , disconnected and confused.

By tightening its monetary policy, the bank affirms its intention to make savings in Jamaican dollars more attractive, to mop up excess liquidity, to stabilize the Jamaican dollar and to reduce spending, thereby limiting inflation. However, interest rates on Jamaican dollar deposits have hardly budged, as acknowledged by the Governor himself. In fact, since last October, the average deposit rate has risen a meager 37 basis points. Someone benefits from rising interest rates; it’s clearly not the humble trustee. The governor needs to know why this is the case. Meanwhile, lending rates (mainly to the household sector) rose significantly, but by how much, the bank did not say. And currency holdings soared.

Certainly, the governor knows that a gradual increase in key rates at a rate much slower than that of inflation effectively means a decline in real interest rates. If he wants to control inflation expectations, discourage foreign currency holdings and reduce inflationary pressures, he will have to raise the real policy rate considerably. This will mean forcibly removing the lollipop of easy money from the mouths of the Lost Boys of Neverland, this island paradise. Is he able and willing to do so and what will be the consequences?

While there is a lot of talk about price inflation, as there should be, not a word is said about asset inflation, the housing bubble and the nefarious activities going on at the candy store, as the minister of Finance once described the Jamaica Stock Exchange. And he would know because he used to sell lollipops there. Money is still easy, deposit rates remain rock-bottom, lending rates sky-high, bank charges oppressive, and the predatory, anti-development banks running the show, hustling and ripping off more than ever, their ginormous profits, refuse to be guided by the Governor, who is one of them but claims independence from outside influences.

Of course, the tightening of monetary policy to contain inflation will reduce the value of assets, including luxury townhouses and apartments in St Andrew’s and candy bartered at the Harbor Street candy store – many of which have been acquired when interest rates were low (they still are for some) and praedial larceny was allowed to freely pick the handy fruit from the easy-money tree at the bottom of East Street. Not to mention the deleterious effect on already anemic growth, the damage to public debt and the impact on poor, vulnerable and heavily indebted households.

As a country, Jamaica, weak, open, dependent and misled, is in deep trouble. (However, a few are having a wonderful time.) The fallout from US tightening has washed up on its shores. He feels a bit of the “economic pain” inflicted on America by the Fed. And he had endured severe pain before. The bitter medicine of austerity for the many have-nots and easy, free money for the wealthy few over the past decade has brought the country nothing but heartache.

The Fed “calls a tune that others must follow, whether we like it or not. The dollar’s outsized influence in the global financial system gives it a powerful role in driving global financial cycles”, The Economist reports. “The Fed’s commitment to bringing US inflation down to 2% leaves it little room to accommodate other economies. It could welcome rate hikes elsewhere as a useful contribution to the fight against US inflation, even if countries start falling like dominoes into recession.” The consequences for Jamaica, including declining remittances, capital flight, falling FDI, repatriation of profits, declining tourism, devaluation of the Jamaican dollar, declining net international reserves, are legion. .

And while the government speaks halfheartedly of recovery, growth and reduced unemployment, people are living a very different reality of hardship and despair. Dr. Nigel Clarke, the clever, delusional, Holocaust-denying finance minister, bereft of the wisdom of a heart, insists that while emerging markets are boiling, Jamaica’s financial market is performing better than those of its regional peers such as the Dominican Republic and Trinidad and Tobago.

Jamaican bond prices are trading well above the country’s credit rating despite the global crunch, he says. The Jamaican dollar is strong and the likelihood of a currency crisis is low, he said. Jamaica is not a “hopeless case”, he asserts confidently, the right policies have paid off. Only once did he let slip a hint of concern that if inflation was not contained there would be economic ruin. People are hurting, Dr. Clarke, in case you haven’t noticed.

But for all the minister’s toxic positivity, the ‘independent’ governor is pessimistic, hopeless and depressed. The charming little ditty about low, stable and predictable inflation that would lead to a pleasant jig from Madame Georgieva, she of the International Monetary Fund, is no longer sung by him.

It is not as fantastic as we have known it. Listen to him: “This more aggressive [tightening] position [by the Fed] could make US dollar assets more attractive compared to those denominated in Jamaican dollars, which could lead to capital outflows, accelerate the rate of exchange rate depreciation and, therefore, derail the bank’s efforts to manage inflation. Pollyanna’s negativity? Perhaps he is experiencing what Prime Minister Holness calls “exogenous shock”, which manifests as a feeling of “increased feelings of pessimism, negativism, an inexplicable feeling of depression”.

The governor reportedly noticed that global growth expectations are falling rapidly. The latest forecast released by the Organization for Economic Co-operation and Development (OECD) on September 26 indicates that global gross domestic product (GDP) will grow by 3% this year, down from the 4.5% forecast last December. . year. In 2023, he expects growth of only 2.2%. A global slowdown may not translate to a weaker dollar, the OECD warns, as investors and speculators flee to the relative safety of the global reserve currency, driving up its price.

According to the IMF, which is set to present a bleak global economic outlook later this month, the main risks to Jamaica’s financial system come from natural disasters, tighter global financial conditions and the possible reversal of discipline. budget due to “reform fatigue”. “.

Tighter global financial conditions could reduce foreign inflows, including remittances, which would dampen economic growth and lead to an increase in non-performing loans, the IMF warns. A significant increase in non-performing loans in foreign currency associated with currency movements would require increased “provisioning”, the funds speak of a bailout with public funds. A natural disaster would cause prolonged negative growth and significant losses for banks and other financial institutions, he said.

The BOJ admits that the financial sector and its payment system would be severely affected if a natural disaster were to occur. We have seen the enormous damage that a small flood (or drought) can inflict and how vulnerable and unprepared the country is to weather events. People became “reform tired,” fed up, angry, angry, and miserable. Social and political discontent that had been simmering for a long time boiled over and the protests, increasingly large and intense, multiplied. Crime, the “Commish,” Antony Anderson tells us, is on the rise with an 8% murder count.

Jamaica’s corner is dark. Dreams are shattered. The bubbles will burst. Those who can manage to escape the economic pain. 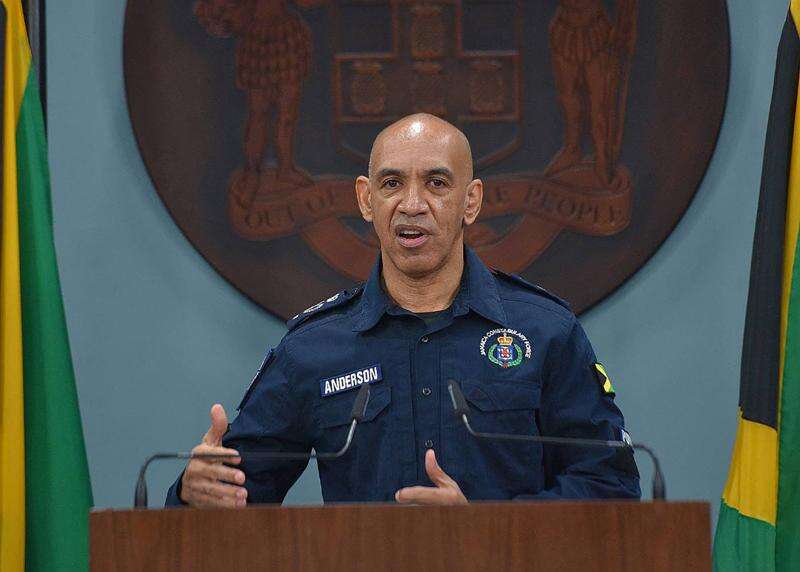 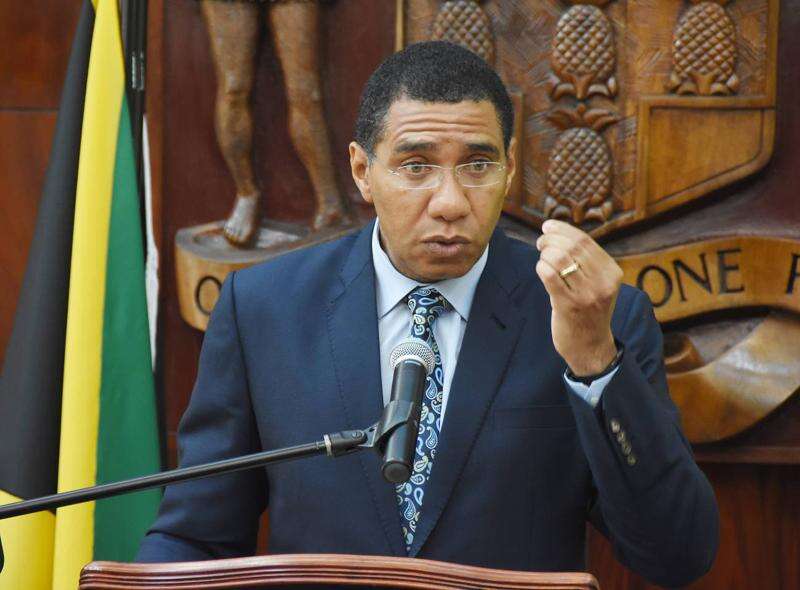 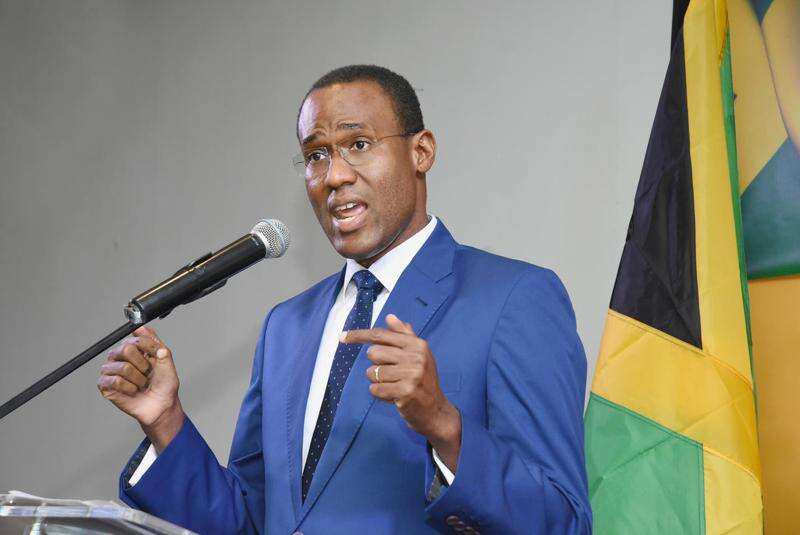 CLARKE…insists that the Jamaican financial market is performing better than those of its regional peers such as the Dominican Republic and Trinidad & Tobago. 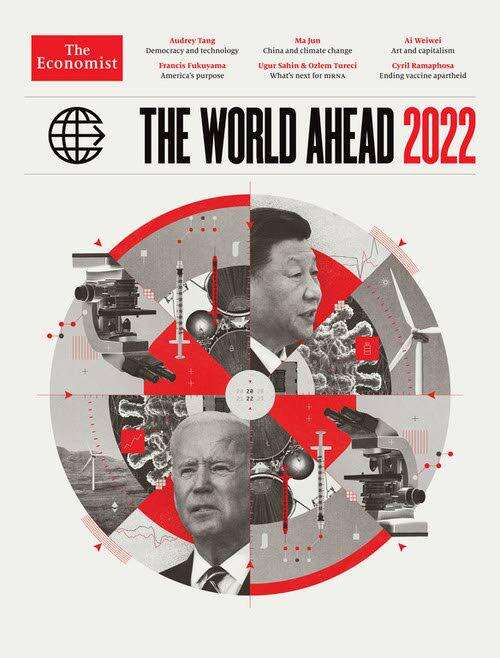 Cover of a publication of The Economist earlier this year. 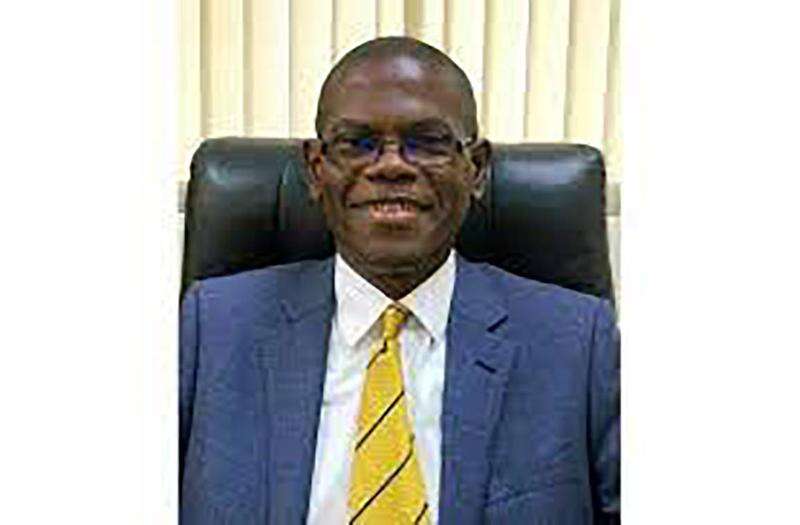 Want to reduce the amount of your mortgage? Tips for paying off a mortgage sooner