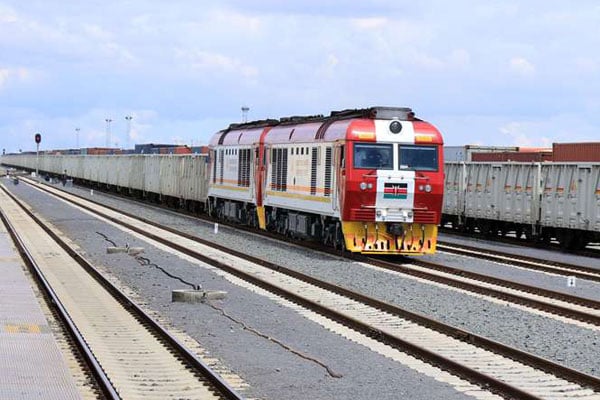 Kenyan lawmakers want the government to renegotiate loan agreements signed with China for the Standard Gauge Railway (SGR) whose viability is in question despite the injection of billions of dollars into the project.

East Africa has learned that the National Treasury is seeking 94 billion Ksh ($ 940 million) in interest and principal payments to repay the Chinese government, the Chinese Exim Bank and the China Development Bank before the end of this month.

But it is still unclear if there has been an agreement with the Chinese Exim Bank or if the amount will be carried forward as pending invoices.

â€œSome of the investment decisions we have made are not in the best interest of the country, so it is time to start reassessing them and renegotiating with the people who gave us the money so that we can survive. We have to renegotiate our debts with the Chinese, otherwise we are heading for a very difficult period, â€said Kimani Ichung’wa, chairman of the parliamentary budget and finance committee. East Africa.

â€œIt’s very easy to solve this loan repayment problem by just sitting down with the Chinese and telling them that we made a mistake. We owe you all this money, but you also demand a lot from us in terms of repayment. It is a debt. Look, our economy is battered and we are unable to pay. We’re not saying the debt isn’t there, we’re just renegotiating what we owe you and the terms of payment.

Beijing, Africa’s largest creditor, has already agreed to suspend principal repayments and interest payments from May 1, 2020, until the end of the year for many African countries struggling to deal with the effects of the Covid-19 pandemic.

According to Mr. Ichung’wa, the heavy investment in SGR, especially the section between Nairobi and Naivasha, is questionable in terms of sustainability.

â€œIt’s time we asked ourselves what we are getting from RMS and we got down to Naivasha. How many trains use this railway? Ichung’wa asked.

â€œIf you read our report of the Public Investment Committee in the last legislature, you know that the viability of the line ends here (Nairobi), unless you connect the port of Mombasa to landlocked countries, but without this interconnection, it is not possible. “

Kenya has been pushing for mandatory freight from Mombasa to Naivasha via the SGR to make it economically viable, a move that has put the country on a collision course with some of its regional peers and truck drivers.

Earlier this month, the Presidents of Kenya, Uganda, Rwanda and South Sudan agreed in a virtual meeting that all goods imported through Kenya, with the final destinations being neighboring landlocked countries, be transported on the SGR from Mombasa to Naivasha Inland Container offset.

However, Uganda withdrew from the agreement, arguing that the use of RMS should be optional and not mandatory.

On the other hand, truck drivers complain about the loss of jobs and businesses if they are forced to use the RMS to transport goods.

Kenya completed its initial phase of the 487 km SGR line from Mombasa to Nairobi at a cost of $ 3.8 billion, with the bulk of the loan guaranteed by the Chinese Exim Bank in May 2014 with a grace period of five years and a repayment period of 15 years. It also secured an additional $ 1.5 billion loan from the same bank to expand the SGR network in Naivasha, 120 km west of Nairobi.

But Madaraka Express operating between Mombasa and Nairobi is not generating enough revenue to cover its operational costs and repay loans that begin repayment in the current fiscal year (2019/20).

Although Kenya has completed its initial phase of the project linking Mombasa to Nairobi, and the second phase from Nairobi to Naivasha, subsequent phases from Naivasha to Kisumu and then to Malaba (Uganda) have stagnated largely due to funding constraints.

Concerns over SGR’s viability led Uganda to show little enthusiasm for the big project, prompting the government to consider restoring the old railway line from Kampala to Malaba at the Kenyan border.

Businesses repay revolving loans. This is not good news for the banks.

How long should your personal loan be?