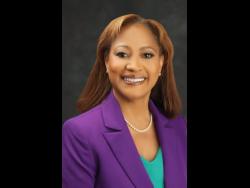 Condominiums violating building codes and a growing number of unsold apartments are seen as possible manifestations of the downside of sustained interest rate hikes.

That’s according to a panel of experts who weighed the impact of the central bank’s current tight monetary policy and its potential outcomes for the real estate sector.

“It’s not a question of if, but when the first apartment complex will be demolished,” said attorney Gavin Goffe, a panelist at the MoneyMasters forum launch and fund launch.

“It’s become the expectation that real estate is safe. It still is, but we can’t take that for granted. We need to understand what’s going on out there and make sure we’re investing with reputable people,” he said.

Over the past year, the Bank of Jamaica has raised interest rates by 600 basis points to calm inflation, which was last estimated at 10.2%.

The central bank has effectively raised rates by 1,200% over time, since last September, after adjusting the benchmark policy rate from 0.5% to 6.5%. This has led to more expensive loans and higher borrowing costs.

For Goffe, the higher cost of funding for developers will lead some to cut costs to maintain profit. He said developers will test the limits of building codes in “friendly courts.”

“Have you ever seen ads for a one bedroom apartment with two and a half bathrooms…why do you have so many bathrooms? Maybe husband and wife don’t want to share,” a joked Goffe, before explaining that additional rooms would require developers to meet higher minimum standards for rooms and parking.

Two more rate decisions are scheduled for this year.

Economist Dr Samuel Braithwaite expects the Bank of Jamaica to stay the course.

“By the time we get into December, rates will be around 7.5%,” said Braithwaite, lecturer in economics at the University of the West Indies.

“Personally, I am concerned about the real estate sector, especially since many buyers are based overseas,” he said.

The financial gleaner previously reported that industry interests estimate that around 30-50% of buyers of hot real estate properties are Jamaicans living abroad.

Therefore, Braithwaite said a possible recession in developed metropolises would have a negative impact on local sales.

Mortgage rates rose from around 5.0% to 7.5%. The rise will reduce demand slightly, but don’t expect a crash as there is still a huge housing shortage for various segments, said Colin Mitchell, chief technical officer of MoneyMasters Limited.

Mitchell said one only has to look at the lack of coastal development in the capital, compared to other countries, to see untapped opportunities. There is a shortage of waterfront condos, he said.

Wealthy Jamaicans fled the city’s coast, choosing instead to build mansions on virgin hills. In other economies, the coast tends to have the highest market value for real estate.

“But we don’t have anything to sell to anyone,” added Mitchell, who is also an architect.

MoneyMasters Limited wants to capitalize its newly launched property fund with $1.2 billion from investors as it aims to generate returns slightly above inflation.

The fund will target 150 basis points above inflation.

With inflation at 10.2% for the fund, investors expect a return of around 11.7%, Devrhoid Davis, equity and business analyst at MoneyMasters, said at the launch Tuesday evening.

MoneyMasters co-founder and chairman Claudette Crooks said the fund would seek to offer medium to high risk returns to investors and should mitigate the negative impacts of the “quiet storm” characterized by high interest rates and inflation. .

“When you see a quiet storm, you need to put mitigators in place to weather this period of high inflation and high interest rates. At MoneyMasters, we look for opportunities,” Crooks said.