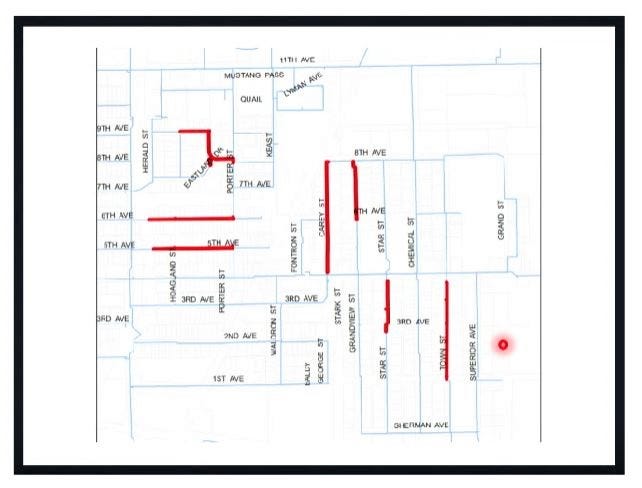 Hutchinson City Council on Tuesday approved the request for two separate low-interest loans from the state to address issues with aging water and sewer infrastructure in the city.

One will help replace the last five of nearly three dozen sewer lift stations installed around the city in the 1970s and 1980s, said Public Works Director Brian Clennan, as well as to upgrade the deteriorated grit removal equipment at the city’s sewage treatment plant.

The other will begin to move the city toward a goal of replacing over 3 miles per year of failing water mains around the city, although that ultimate goal is still several years away.

If granted, the loans for the sewer works will exceed $3.57 million, while the water main works are worth more than $1.2 million. If granted, Clennan told the board, the 20-year loans would be 2%, or about 60% of the current market rate. Revenues from the water and sewer system would pay for the loans.

“The other reason is that the water pipe project might get a partial principal forgiveness if there is money left over, but all the projects are graded so we don’t know if we would be eligible for a waiver. surrender,” he said.

During a public hearing on the loan applications, Clennan provided details on the individual systems and their challenges and a broader overview of the systems.

The city owns and operates 33 lift stations on its sanitary sewer collection system. Sewage systems generally use gravity flow, but because Hutchinson is so flat, there are places where sewage must be mechanically lifted to a higher elevation to create flow.

Since their initial construction, the city has already converted 28 wells from wet well-mounted lift stations to non-clogging submersible type pumps.

“The failure of a lift station could result in a significant backup of residences or businesses,” Clennan said. “It’s really a critical piece of infrastructure for the community to function properly.”

After:Students participate in Farm to Fork

A separate sewage system project sits at the head of the city’s sewage treatment plant, where equipment settles and removes sand from the sewage before it passes through the system, extending the life of equipment life and making the plant more efficient. Downstream sand buildup could also lead to ammonia buildup, violating the city’s operating permits, Clennan said.

The system, installed in the 1980s, includes diffusers that release bubbles into the wastewater, which helps break down the sand. What settles at the bottom is sucked into a “cyclone pump”, which spins it around and separates it further. They spread the resulting slurry on the fields and transport the sand to the landfill.

All of this equipment and some pipes will be replaced at an estimated cost of $820,000. The plant is designed to handle 8.3 million gallons per day, but averages 4 to 5 million gallons, Clennan said, so there’s still room to grow.

On the waterline side, the city wants to replace 1.3 miles of six-inch cast-iron pipes, mostly in the neighborhoods between K-61 and Town Street and First and Ninth Avenues.

The city needs to replace 3.3 miles per year, Clennan said, which is about 1% of the line’s total, but will increase over the next four years as funds accrue through fare increases approved by the board earlier this year.

Data Clennan shared with the council showed that about 5% of the city’s more than 300 miles of water pipes were laid from 1900 to 1909. This pipe accounts for about 8% of all water main breaks in the city. ‘water.

“I heard that all the good steel was used for building reservoirs in the 1940s, so the cast iron that fed the water pipes wasn’t as good,” Clennan explained.

All of the pipes the project will replace were installed between 1938 and 1968, Clennan said. A PVC pipe will replace it.

In addition to approving resolutions allowing staff to submit applications to the Kansas Water Supply and Kansas Water Pollution Control Revolving Funds, the board on Tuesday approved a preliminary design agreement with Burns and McDonell of Wichita for $136,974.

The company was the only one of five invited to submit a proposal, Clennan said, but it “was very thorough and they did several projects at the sewage treatment plant.”

City staff suggest using a design-build process to shorten the construction time frame by at least six months, rather than a design-bid-build format, but will revert to council after the completion of the design to finalize the process.