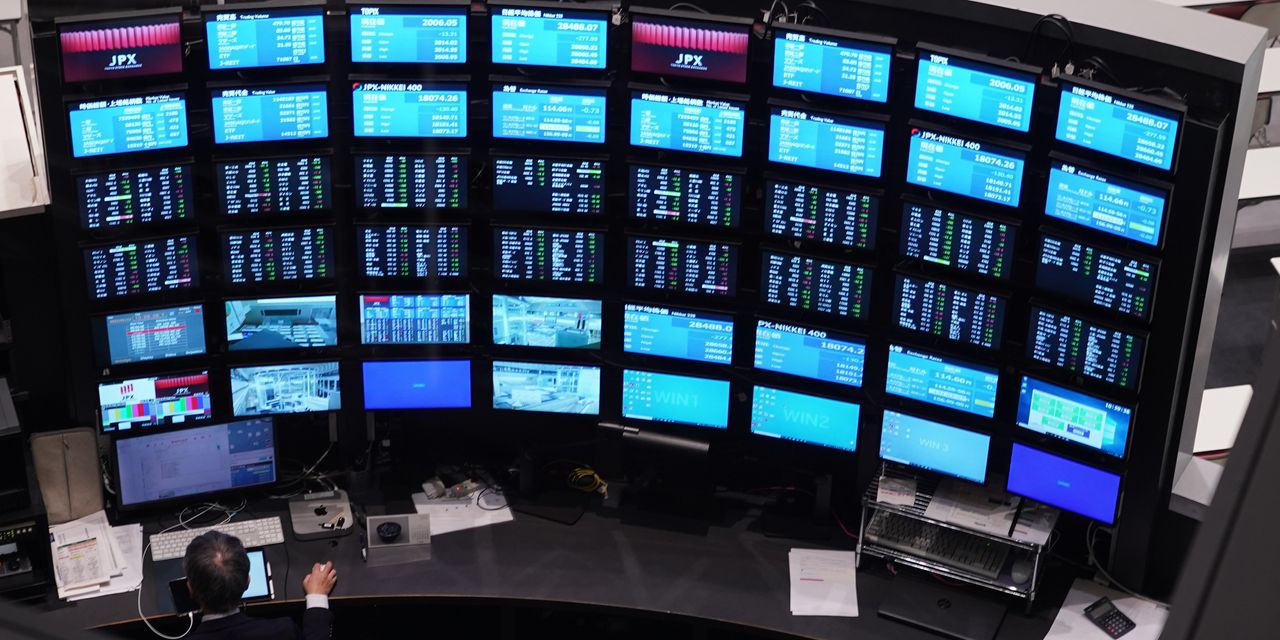 Stocks around the world were mixed after China cut interest rates in a bid to support its slowing economy.

US markets were closed for a holiday on Monday and trading activity globally was light. The pancontinental Stoxx Europe 600 index closed up 0.7%. The Shanghai Composite Index climbed 0.6% and the Japanese Nikkei 225 rose 0.7%. Hong Kong’s Hang Seng index fell 0.7% and Korea’s Kospi index fell 1.1%.

Global equities were rocked in the first weeks of the year by expectations about global central bank policy and the rapid spread of the Omicron variant. Data released on Monday showed Chinese growth slowed in the fourth quarter, although it still topped economists’ forecasts. Underscoring concerns, the People’s Bank of China lowered two key interest rates, a move that will likely result in lower benchmark lending rates.

The Chinese economy and central bank policy and what it means for global growth is a key driver of market sentiment, said Florian Ielpo, head of macro at Lombard Odier Investment Managers.

“China is on a very different path from the rest of the world, that’s a stark difference,” Ielpo said. “We are worried about what is happening in China at the moment.”

Other analysts saw the rate cuts in a more positive light. Chinese authorities are likely to step up their policy support, both monetary and fiscal, said Dong Chen, head of macroeconomic research for Asia at Pictet Wealth Management.

Investors are gearing up for another big week of earnings in the United States, with Goldman Sachs due to report on Tuesday and Bank of America and Morgan Stanley due on Wednesday. Household names such as Procter & Gamble and UnitedHealth are expected to report results on Wednesday, followed by American Airlines and Netflix on Thursday.

“One of our key calls for 2022 is that banks will surprise on the upside,” said Lale Akoner, market strategist at BNY Mellon Investment Management.

Unilever shares fell more than 7% after the consumer goods giant said over the weekend that it had approached GlaxoSmithKline and Pfizer to buy their consumer healthcare joint venture. Its latest proposal valued the unit at $68.4 billion. UK-listed GlaxoSmithKline shares rose nearly 4%.

Shares of Credit Suisse fell 2.2% after the bank’s chairman resigned following an investigation into his personal use of a business jet and breach of Covid-19 quarantine rules.