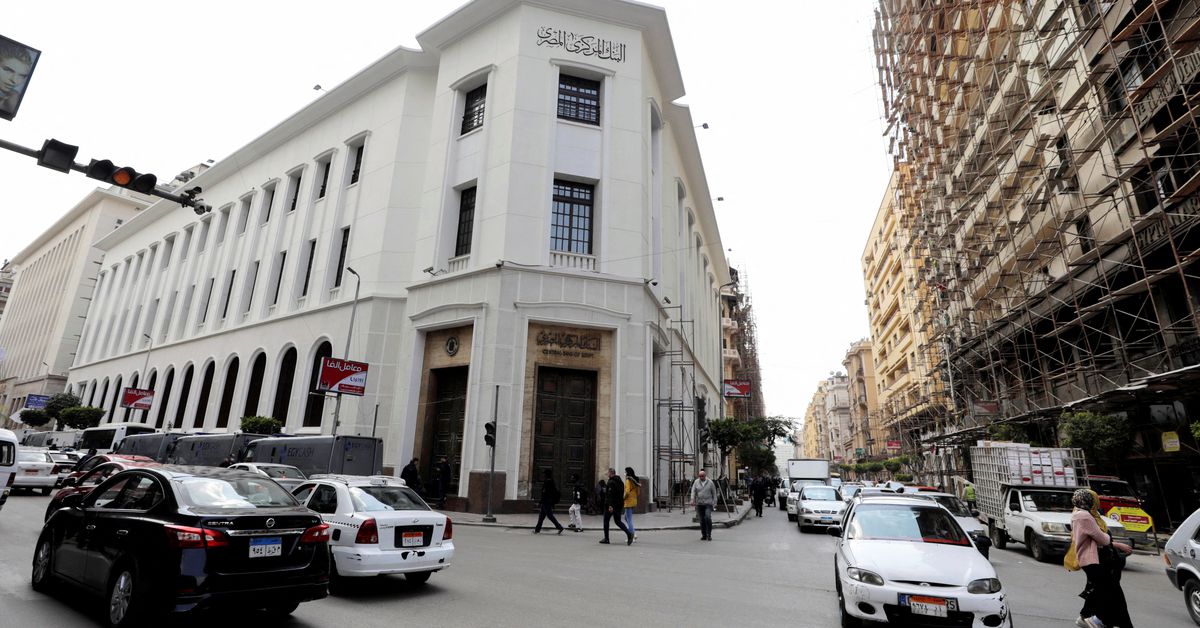 The headquarters of the Central Bank of Egypt is seen in downtown Cairo, Egypt, March 22, 2022. REUTERS/Mohamed Abd El Ghany

CAIRO, May 19 (Reuters) – The Central Bank of Egypt (CBE) raised overnight interest rates by 200 basis points on Thursday, seeking to contain inflation expectations after prices soared at their highest level in three years.

Prices were pushed higher in part by currency depreciation and rising wheat prices after the Ukraine crisis, the statement added.

“The MPC decided that it was necessary to raise policy rates to contain inflationary pressures, which is consistent with achieving price stability over the medium term,” he said.

“The high annual headline inflation rate will be temporarily tolerated against the CBE’s pre-announced target” of between 5% and 9% before falling after the fourth quarter, he said.

Eighteen analysts polled by Reuters expected the bank to raise the median deposit rate to 11.00% and its lending rate to 12.25%.

In a surprise meeting on March 21, the bank raised rates by 100 basis points, citing global inflationary pressures, after keeping them unchanged for nearly 18 months.

“Keeping inflation in check seems to be the main focus now, quite aligned with central banks elsewhere,” said Allen Sandeep of Naeem Research. “High inflation appears to be here to stay for the short term.”

“Achieving low and stable inflation over the medium term is a prerequisite for achieving high and sustainable growth rates,” the MPC said.

The MPC also raised its discount and lending rates by 200 basis points to 11.75%.

It’s assessment time! How to invest your hiking amount prudently