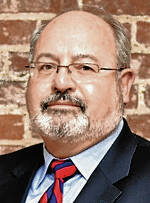 CROTHERSVILLE – The preliminary technical report for the Crothersville drinking water system has been completed.

While there are several major issues and the project will cost more than $ 10.6 million, a lot of infrastructure money is available right now, with more expected to be available in 2022, said Dan Wright, Managing Director of FPBH Inc. at Crothersville. City Council at a recent meeting.

Unanimously, the council approved the PER summary, a resolution to go ahead with the project and a resolution to give President Jason Hillenburg the authority to sign loan and grant applications on behalf of the city. .

“We’re just trying to hit whatever caps we can get to see if we can get the most out of the grant money,” Wright said. “The goal is to try to find as much grant money – because you don’t have to pay it back – as possible up front. “

Wright suggested going to the environmental infrastructure working group and bringing the other entities to the table to determine how the project can be done and funded to make it feasible for the city.

“We want to try to see what we can do to bring those dollars down so that you’re still at a point where you can say, ‘OK, we’re backing out of this at any time if it looks like it’s not going to be doable. for you, ”he said.

“But right now most of these agencies are looking for ways to withdraw money, and I think it’s a good opportunity,” he said. “I think maybe now is a good time to be able to mobilize all of these funds to be able to complete this project and do it at a reasonable pace.”

The city commissioned FPBH to develop the PER to assess the distribution infrastructure and assess the adequacy of current water supplies.

Municipally owned and operated raw water source wells in combination with bulk purchases through a contractual arrangement with Stucker Fork Water Utility include the water supply sources that serve the town. Crothersville is also interconnected with Jackson County Water Utility for emergency use; however, there is currently no agreement to purchase water from the utility.

Currently, two of the three wells owned and operated by the city are in working order and in production, but the two wells must be operated in series in order to provide the necessary volume to meet the needs of the city. This leaves no emergency redundancy.

Solutions to increase production from these wells and / or purchase additional supply from wholesale agreements are vital to ensure proper functioning of the system, according to PER.

A majority of the city’s supply, treatment and distribution system is nearing the end of its useful life. A growing concern is pipeline ruptures, as about half of the system is estimated to be over 40 years old and the remaining components to be near or over 25 years old.

Opting for a full purchase of water from a wholesale user, Wright said the purchase agreement would be regulated by the Indiana Utilities Regulatory Commission. Any impact on residents’ utility bills will not be known until June 2022.

“The cost of maintaining the system is so high for the number of users you have that it’s just going to continue to rise and become a financial burden on the community,” Wright said. “The economies of scale are just not in favor of the city to be able to continue to operate in this way, which is why a recommendation was made to consider buying water and then repairing and upgrading. the existing distribution system. “

Additionally, most older water pipes are 4 inches in diameter and contain dead ends. Dead-end systems decrease fire protection and can negatively impact water quality by increasing the age of the water, says PER.

The distribution system also lacks adequate isolation valves that are required to properly perform maintenance and make repairs. An improper valve increases operation and maintenance costs by increasing the number of man hours required to perform emergency repairs. In addition, a greater number of customers are impacted when these activities are carried out.

The concerns in the industrial park to the south of the city are twofold. Industries often experience low pressure and inadequate volume of fire protection, resulting in the additional expense of owning, maintaining and operating individual fire extinguishing tanks and systems. Insufficient volume and flow to the industrial park can limit new development and prevent existing industries from expanding.

In summary, the project:

5. Install isolation valves at strategic locations to reduce the service area impacted during maintenance and / or interruptions.

6. Increase and replace the transmission main of the existing south connection at Stucker Fork along US 31

According to the PER.

“A lot of that expense is something that’s going to have to be fixed anyway, and if we don’t fix it up front and wait until we have a problem or something, then obviously those costs end up being. higher in the long run, ”said Councilor Jamy Greathouse.

Now that a public hearing has been held on the PER and the city has passed the resolutions for the document and moving forward, the next step is to start applying for loans and grants in January. The project design contract will also be submitted for approval next month.

The OCRA grant application is due in April, and grant and loan approval will be announced in July.

In the hope that Crothersville would receive funding, it would receive the plans and specifications for the project in December 2022, and would consider approval in February 2023. The city would then post construction bids in April of that year, open the bids in May and would start construction in June.

Final completion would take place in May 2025.

Millions of homeowners could face a £ 1,000 increase in their mortgages if interest rates continue to rise

What are the advantages and disadvantages?