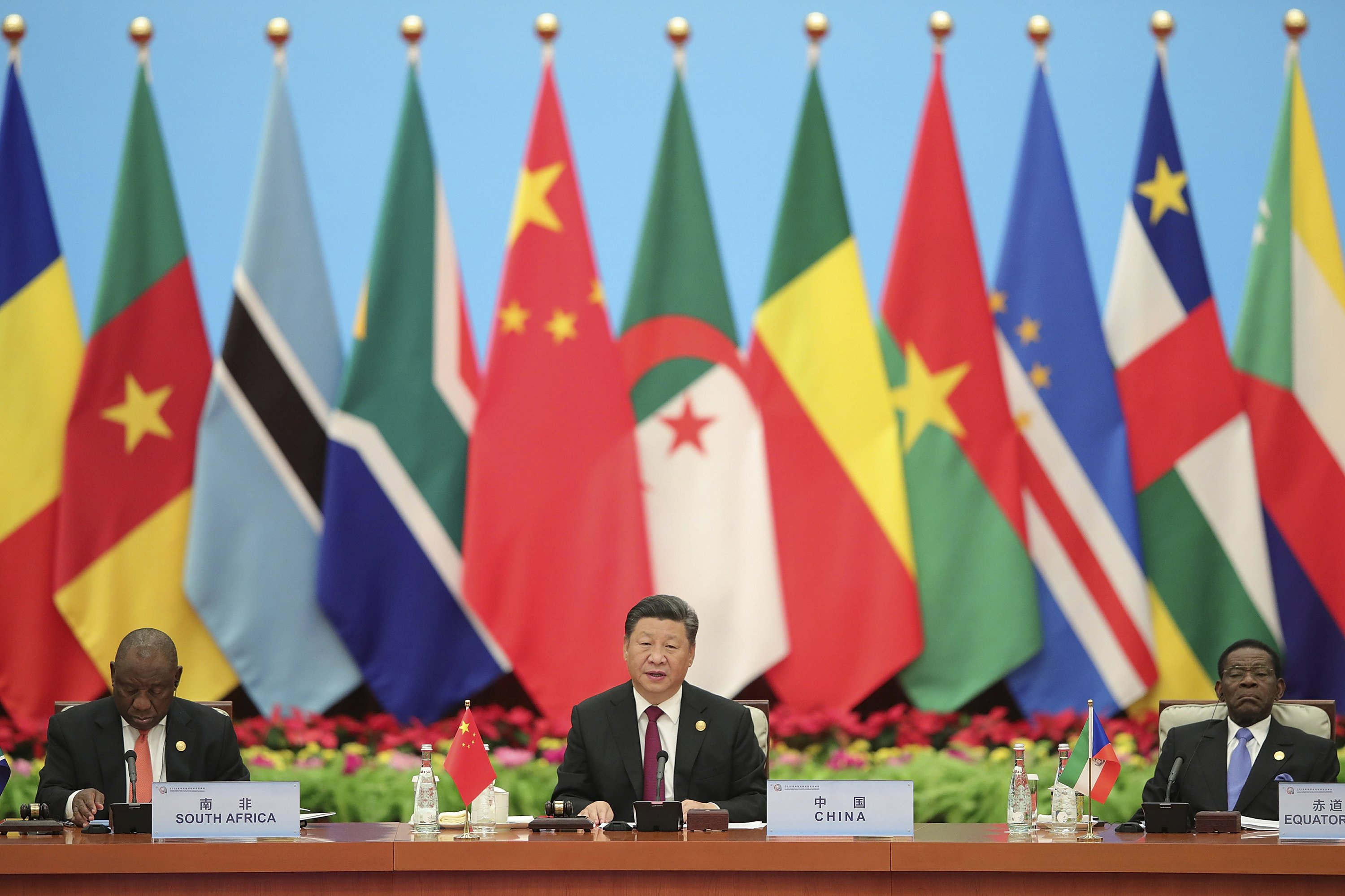 BEIJING (AP) – China’s loans to poor countries in Africa and Asia impose unusual secrecy and repayment terms that hamper their ability to renegotiate debts after the pandemic, a group of US researchers said on Wednesday and Germans in a report.

This comes on top of warnings about Chinese lending problems, which increased after Beijing launched its Belt and Road initiative in 2012 to expand trade with Asia, Africa and the Middle East by building railways and other infrastructure.

China has emerged as one of the biggest lenders, especially to developing countries, as the ruling Communist Party tries to expand its global influence to match the country’s status as a second-largest economy.

Chinese state-owned banks, unlike most official lenders, require foreign borrowers to keep the terms and sometimes even the existence of loans secret, researchers from the College of William and Mary in Virginia, German Institute in Kiel say. for the global economy and the Peterson. Institute for International Economics and Center for Global Development in Washington.

Chinese banks insist on being repaid before other creditors, which may disrupt debt negotiations with groups of lenders, according to their report. He said borrowers are required to pay oil or other income into foreign accounts that can be foreclosed in the event of default.

The pandemic “has undermined the repayment capacity of many borrowers,” but creditors are “reluctant to renegotiate” without knowing what is owed Beijing, said one of the authors, Bradley C. Parks, executive director of AidData , a lab at the College of William and Mary in Virginia.

Zambia in southern Africa is deadlocked in talks with bondholders who refuse to negotiate until they know about its Chinese debts, according to the report.

â€œThe stakes are pretty high,â€ Parks said. “If China is not at the table when these countries try to renegotiate, it is very difficult for countries in repayment difficulty to come out of this situation.”

The researchers looked at 100 contracts between Chinese lenders and government borrowers in 24 countries with a total value of $ 36.6 billion. The lenders of 84 of them were the Export-Import Bank of China or the China Development Bank.

The researchers posted copies of the contracts online for the public to read.

Leaders in poor countries welcome Beijing’s loans, but Belt and Road has sparked complaints that they are left with too much debt. Kenyan gas station operators went on strike in 2018 after a fuel tax was imposed to repay Chinese loans for a railroad.

The researchers hope to encourage Beijing’s “soul-searching” into whether secrecy and other restrictions are needed, Parks said. He said they hope borrowers “will be intelligently aware of the need to do their homework before signing these contracts.”

Chinese officials received a copy of the report ahead of its publication and responded with “detailed written comments” that underscored their need to “mitigate risk” by lending to weak economies, Parks said.

“There has been no request that we change anything,” he said. “They wanted to make sure their point of view was understood.”

China’s official secrecy has fueled complaints that its aid and loans could support corrupt regimes or undermine environmental and human rights standards that Western donors are trying to uphold.

Belt and Road officials say the initiative benefits all affected countries and the loans are on commercial terms, not aid.

Chinese leaders have written off interest owed by some Belt and Road borrowers and say they want to keep the debt manageable. Wednesday’s report noted, however, that Chinese bankers had reminded Ecuador of its confidentiality terms and said future loans could be jeopardized following leaks of loan details.

Researchers led by AidData published their first report in 2013 focusing on Chinese funding in Africa.

In 2017, a report found that China was on track to match the United States as a source of official grants and loans, but said it largely served Beijing’s economic interests rather than those of the United States. beneficiaries. A 2018 report found that China’s-funded railways in Africa and Asia are helping to reduce economic inequalities between regions in countries.