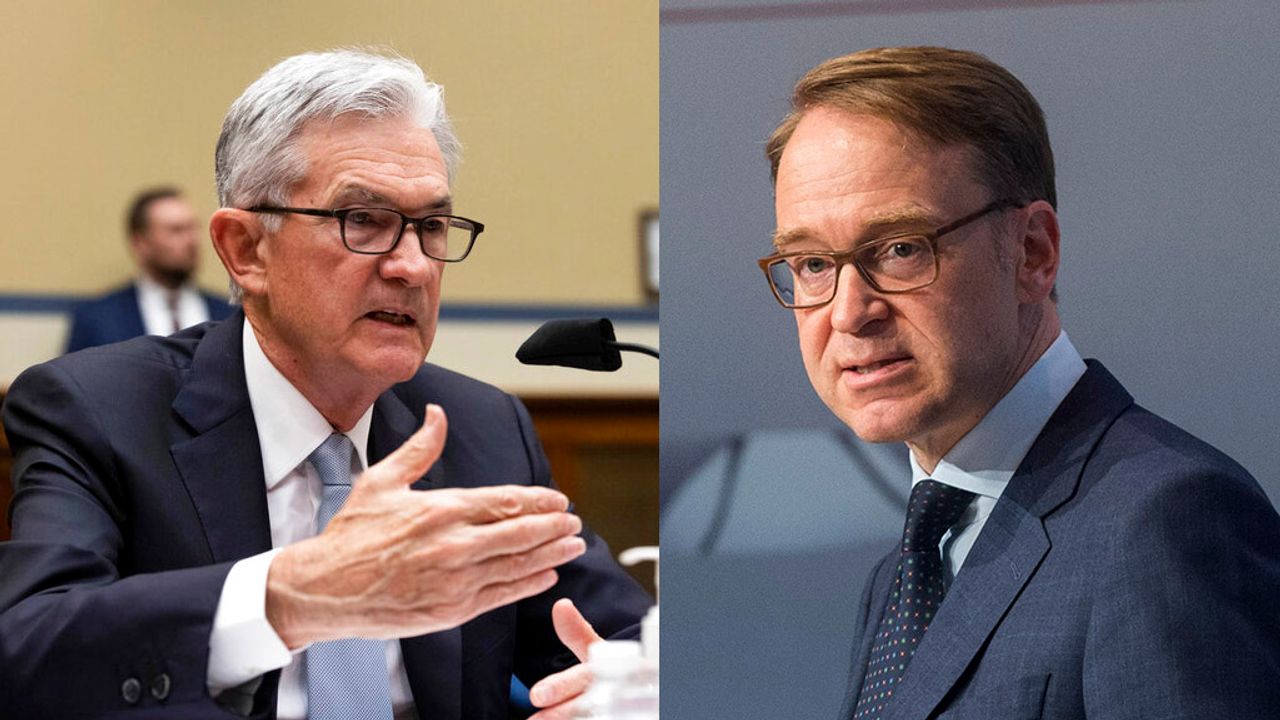 According to a survey conducted by the FinancialTimes (FT), with more increases to come as inflation continues to rise in all countries.

There are attempts to attribute soaring prices of basic commodities such as food, natural gas and gasoline to the Russian invasion of Ukraine as “Putin’s price hikes”. But the surge, exacerbated by the war, began long before February 24.

The price hikes are the result of capitalist governments refusing to take action to eliminate the COVID-19 pandemic through necessary science-based public health measures. This led to supply chain restrictions and massive money supply expansion by central banks, which accelerated after the March 2020 market crash at the start of the pandemic.

According to the FT’s analysis, there have been more than 60 interest rate hikes by central banks in the past three months, the most since the start of 2000.

Interest rate hikes are led by the US Federal Reserve and the Bank of England. The European Central Bank is expected to start raising its rate in July from the sub-zero level it introduced after the 2012 euro crisis.

Despite the recent hikes, which are being made in both developed and less developed economies, the FT noted that “rates are still low by historical standards”, with economists warning that “the recent hikes are just the start of a global tightening cycle”.

So far, so-called emerging markets have been hardest hit by rising rates and the strengthening US dollar, which has increased the debt burden on dollar-denominated loans. Money is returning to major financial markets as emerging market bonds post their biggest losses in more than three decades.

David Hauner, head of emerging markets strategy at Bank of America Global Research, told the FT he expected the situation to get worse.

“The big story is that we have so much inflation around the world and monetary policymakers continue to be surprised at its level. That means more monetary policy tightening and central banks will continue until something happens. breeze, be it the economy or the market.

Some of the biggest rate hikes have taken place in Latin America as central banks attempt to stem capital outflows. The interest rate in Brazil has been raised 10 times in the past year and now stands at 12.75%, up from just 2% in March 2021. Other countries including Mexico, Chile and Peru, also raised their rates.

However, the financial problems are not limited to less developed economies. The last Financial Stability Reviewreleased by the European Central Bank (ECB) last week, warned of greater financial instability.

It highlighted growing dangers on a number of fronts. He said higher inflation and weaker growth could increase market volatility and “strain debt servicing capacity as funding costs rise.”

Such developments “could not only amplify, but could also trigger the materialization of pre-existing financial vulnerabilities” previously identified, including “heightened debt sustainability concerns in non-financial sectors or the possibility of concerns in equity markets”. financial and tangible assets”.

He said sharp increases in commodity prices had posed “challenges” to liquidity management for some derivatives market participants.

Derivatives are widely used by commodity traders as a kind of insurance against rapid price fluctuations. But the markets have become so volatile that the amount of money these traders have to place with banks, known as margin, to fund their operations has risen sharply. Increasingly, they are avoiding derivatives altogether or making them in riskier parts of the market.

The ECB review also warned that while investment funds have so far been able to manage outflows following the war in Ukraine, “non-banks in the eurozone remain vulnerable a further market correction” due to liquidity and credit risk.

“Non-banks also have significant exposures to weaker companies which may be particularly vulnerable to higher inflation and weaker growth,” he said.

At the macroeconomic level, the review indicates that the governments of some euro area countries may have limited capacity to support the economy in the event of new shocks due to the high levels of debt they have already incurred due to the pandemic.

Coupled with concerns over debt sustainability, this could spur “fractionation pressures in sovereign bond markets”. This refers to the situation in which the interest rates on government bonds issued by weaker and more indebted economies, such as Italy and Spain, greatly exceed those on bonds issued by the stronger economies of the euro zone, such as Germany and the Netherlands.

In 2012, such fragmentation threatened the existence of the euro as a single currency. The crisis only ended when then-ECB President Mario Draghi pledged to do “whatever it takes” to keep the euro going.

There is now the possibility that such a crisis will resurface. According to the study: “To the extent that higher sovereign vulnerabilities coincide with fragilities in the corporate and banking sectors, risks materializing in any of these sectors (singly or in combination) can lead to loops. negative feedback between the state, banks and businesses. ”

In other words, the problems of the corporate sector could be transmitted to the banks that financed them and in turn become a problem for the indebted governments that support the banks.

When discussing growing economic and financial problems, it is always necessary to remember that official data on inflation, debt, etc. are the expression, in the final analysis, of class relations and are the driving force of the issues debated in the class struggle.

These issues were highlighted in an article published last week by the British company Signing time based on an anonymous interview with a “senior investment executive” from a “major Wall Street firm” who pointed to ongoing discussions behind the scenes in financial circles.

“All major banks know the cost of living crisis is out of control,” the chief financial officer said.

“The pandemic was severe enough and highlighted how certain groups of people were going to be the most affected, the poor, minorities, etc. But the combination of energy and food shocks is a tipping point that will push Western societies over the edge… We therefore anticipate dangerous levels of civil unrest that could escalate into an unprecedented social crisis.

Over the past decade and more, governments and central banks have been able, to some extent, to stave off financial and economic crises by bailing out companies and pumping even more money into the financial system. But that was under conditions where inflation was at historic lows. Now it’s endemic, and this method is less and less viable.

“There is nothing left in the toolkit of the existing financial system,” the executive said. “We have no more options. I can only see the situation getting worse.

Do Installment Loans Impact Your Credit?