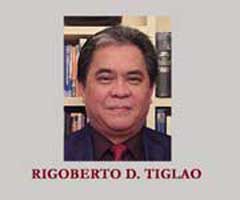 During his campaign to portray China as an evil empire, Senior Supreme Court Justice Antonio Carpio claimed that the Philippines defaulted on their loans in 1983.

He said this is a precedent that if the government defaults on its loans to China for the Chico River dam project, the Chinese can seize Filipino assets, possibly even the Reed Bank, rich in gas.

It is so absurd.

Carpio is so ignorant of international loan agreements, and what happened in 1983, that the bankers laugh at him. More likely, he’s deliberately lying for his agenda which becomes clearer each time he opens his mouth. It is about stoking the embers of centuries-old anti-Chinese racism among Filipinos in order to force President Duterte to move away from China and instead be, like his predecessor, a vassal of the United States.

I know in detail what happened in 1983 because I covered daily for two years as a senior reporter for the Business Day newspaper the outcome of the debt crisis at the time, when Carpio claimed that the Philippines “defaulted” on their loans.

It’s astonishing that for a former corporate lawyer and Supreme Court justice, Carpio doesn’t seem to know that in international loans “default” is a precise legal term. It is an event that occurs when the lender declares that the creditor has not paid his interest (or the principal of the loan) on time, and beyond a grace period stipulated in the loan agreement.

There is a specific meaning for “default” because it is a financially catastrophic event for a country, even for a single bank, to declare a government or one of its entities in default.

This means things like refusing other banks to give more loans and bank advances, even letters of credit to this country, raising interest rates on its long-term instruments and lowering the yield on its bonds.

Obviously, Carpio’s idea of ​​a default is based on his experience as a corporate lawyer chasing the assets of a defaulting company for a bank.

There is even a formal feature in international lending that reflects the trickery of the global banks, which they invented in the 1970s to ensure that countries pay off their loans – since banks cannot really foreclose on property. ‘a sovereign nation which does not pay, these are debts, except by being invaded militarily by its government. (This happened in 1902 when Britain, Germany, and Italy imposed a blockade on Venezuela when it refused to pay its foreign obligations.)

This is the so-called “cross default” provision contained in most loan agreements of most banks and foreign institutions with a debtor country. This means that if a country defaults on its debt to a bank, it automatically defaults on all of its other loans. This obviously means a financial collapse for the country.

A bank would be reluctant to declare a country in default for another serious reason: it would have to record this debt as bad debt, and its lost interest income recorded as a loss.

For this reason, while there have been a few cases in the post-war period where countries have defaulted on their debt payments, the most recent being Greece in its 2015 IMF loans, creditors prefer not to not declare a country in default, and instead refer to it as “late” payments, and negotiate debt rescheduling.

Anyone with minimal knowledge of the characteristics of international lending would see his story of China seizing the Reed Bank if the Philippines “defaults” on its loans to be Carpio’s sheer dread of horror. 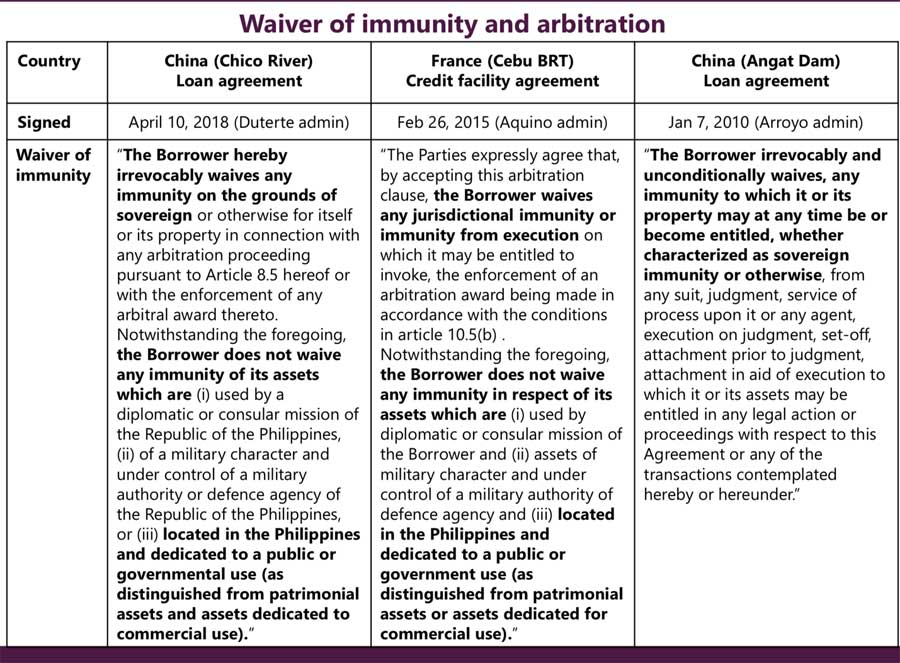 The only extremely unlikely scenario if we are not able to honor this Chinese loan (and for any supposedly onerous default loan provisions to take effect) is that when the country is in such a deep currency crisis, the government will fail. cannot obtain foreign currency to insure all of its loans. In this scenario, we will have much bigger problems than what Carpio supposedly fears like the Reed Bank garnishment.

If ever we were declared in default by China, the Chinese wouldn’t even have time to do the Reed Bank papers. All the world’s banks would have stopped their trade credits, short-term loans and other foreign currency remittances to the Philippines, which would make us total Financial Armageddon.

Contrary to Carpio’s assertions, no foreign bank or state financial institution has ever declared the Philippines in default, even during the debt crisis of 1983.

During this period when we could not honor our foreign currency loans because we were short of dollars for various reasons: the oil crisis of 1979 which drained our foreign exchange reserves to pay for oil imports; the onset of the global debt crisis of 1982 when Latin American countries could not pay their loans, which pushed global interest rates to unprecedented rates; the mismanagement by Marcos’ technocrats of our accumulation of external debt; and of course the aggravation of political instability due to the assassination on August 21, 1983 of Ninoy Aquino.

The then central bank even rigged our foreign exchange reserves to trick the global financial community that we could service our loans – which, however, was discovered by the media, making matters worse for the country.

The country avoided a declaration of bank default after Marcos’ technocrats got our foreign creditors to agree to a 90-day “moratorium”, also known as a “standstill agreement,” which allowed the Philippines to ‘temporarily stop servicing their loans, while a “rescheduling agreement” (to extend deadlines) was being negotiated.

Of course, the “moratorium” led to our worst economic crisis, as foreign banks naturally refused to grant additional short-term credit to service our loans, and even to open letters of credit. Our GDP plunged by 7% for each year in 1984, then in 1985, an economic loss which was only recovered after 10 years.

Surprisingly though, but at a huge cost to ordinary Filipinos as the economy began to recover in the second half of 1985, Marcos was confident enough to accept the US demand to call an early election in December of the same year. It was a brilliant American scheme.

It is astonishing that Carpio ignores these facts. Or he just takes advantage of his credibility as a Supreme Court justice and deceives the Filipinos into suspecting and hating the Chinese. He also falsely claimed that the Chinese loan for the Chico dam project has “onerous sovereign immunity” clauses when these are standard clauses that lawyers require in loan documents. (See table.)

What happened to the quality and integrity of our Supreme Court justices?

Order my Debunked book at rigobertotiglao.com/debunked

These are the car brands with the longest loan terms – 24/7 Wall St.