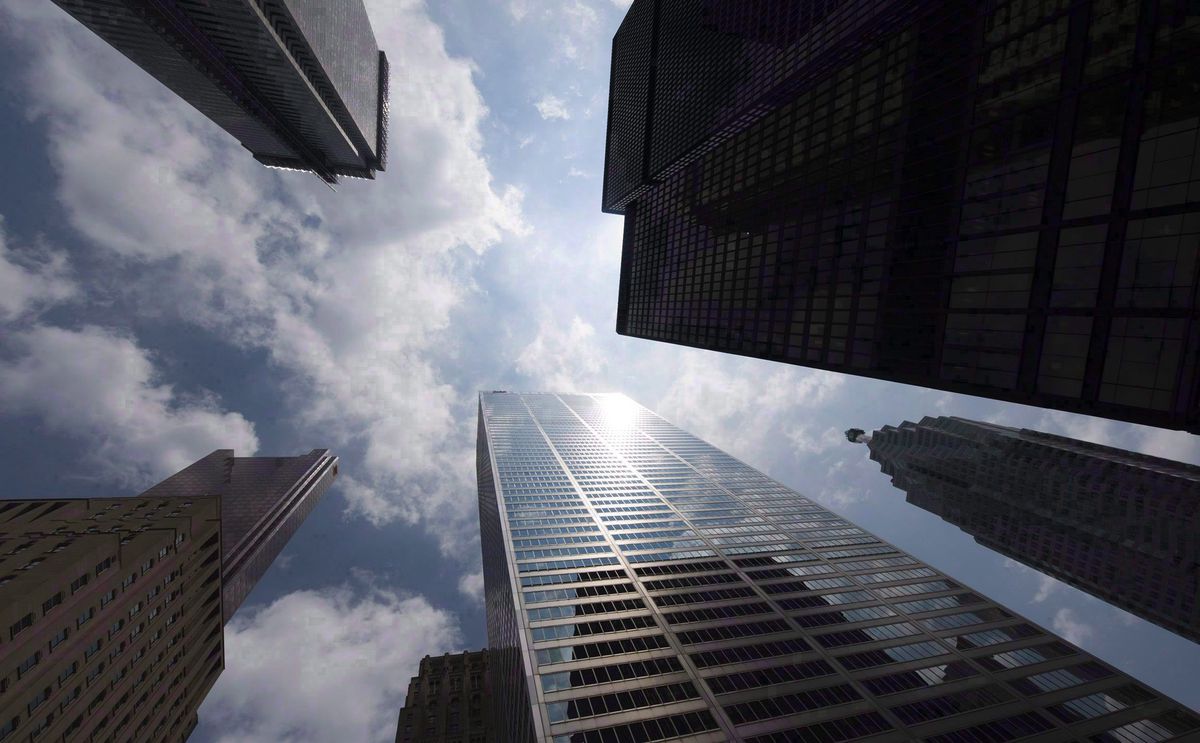 Canada’s big banks expect to earn billions of dollars in additional revenue from interest charges over the next year as central banks raise interest rates, but the rapid pace of rate hikes could put the brakes on increased profits if higher borrowing costs reduce demand for new loans.

The Bank of Canada announced its second consecutive oversized policy rate hike on Wednesday, raising its benchmark rate by 0.5 percentage points to 1.5%, as central bankers act aggressively to rein in high inflation . This is good news for chartered banks: it promises to increase the profit margins they earn by lending money at higher rates than they pay for deposits.

Over the past two years, banks’ net interest margins have been squeezed as central banks cut policy rates to rock bottom levels in a bid to stimulate economies and help them rebound from COVID-19. . But after the Bank of Canada raised rates by 50 basis points for the second time since April, Canadian banks expect net interest income (NII) to rise – up to $3.5 billion. dollars combined over the next 12 months, according to a set of estimates.

Toronto-Dominion Bank TD-T and Royal Bank of Canada RY-T have the most to gain: in theory, each could reap well over $1 billion in additional interest income over the next year.

As the Bank of Canada predicts there will be more rate hikes to come and says on Wednesday it is “ready to act with greater force” if needed to calm inflation, the banks’ NII could continue to increase for at least the next two years. Net interest income is critical to bank performance, as it typically accounts for about half of a large bank’s revenue, according to RBC data.

On Wednesday, Canada’s five largest banks raised their prime rates by 50 basis points, from 3.2% to 3.7%.

However, the effect of the rapid rise in interest rates is not entirely positive for the banks. As the cost of borrowing rises, this can dampen customer demand for new loans, making it harder for banks to grow their loan portfolios. And as more customers become financially strained by the cost of servicing debt, defaults can increase and lead to losses.

The impact could be most evident for banks’ mortgage balances, which have grown at a blistering pace over the past year, but are expected to grow more slowly in coming quarters. Banks are also poised to rebound early in credit card balances, driving higher profit margins for lenders as customers travel and dine more as pandemic restrictions ease.

Each of the Big Five Canadian banks estimates the change in its NII following a sudden increase in interest rates of 100 basis points, or one percentage point, that is constant across the entire rate yield curve for all the durations. This scenario is artificial, assuming that rates across the curve move at the same pace and banks’ balance sheets stay the same, with policymakers taking no action to adjust to changing rates.

At TD, a 100 basis point rise in rates across the curve would generate nearly $1.6 billion in additional NII over 12 months. Over the past year, TD earned nearly $25 billion in net interest income and $44.2 billion in total revenue.

“If forward rates play out as expected, we would see our margin increase, and it depends on how fast rates increase,” TD chief financial officer Kelvin Tran said in an interview last week. “When short rates go up, we see that profiting quite quickly.”

In the same scenario, RBC estimates its net interest income would increase by $1.1 billion, on top of the $20.7 billion in NII the bank has earned over the past four quarters. Chief executive Dave McKay said late last year that rate floors had cut the bank’s revenue by about $1 billion in each of the past two years.

Only Bank of Nova Scotia BNS-T predicts first-year NII decline of $126 million. Scotiabank has a large international banking operation in Latin America, where interest rates started to rise earlier than elsewhere, allowing it to reap the benefits of income sooner than some peers.

Your time is valuable. Receive the Top Business Headlines newsletter in your inbox morning or evening. register today.