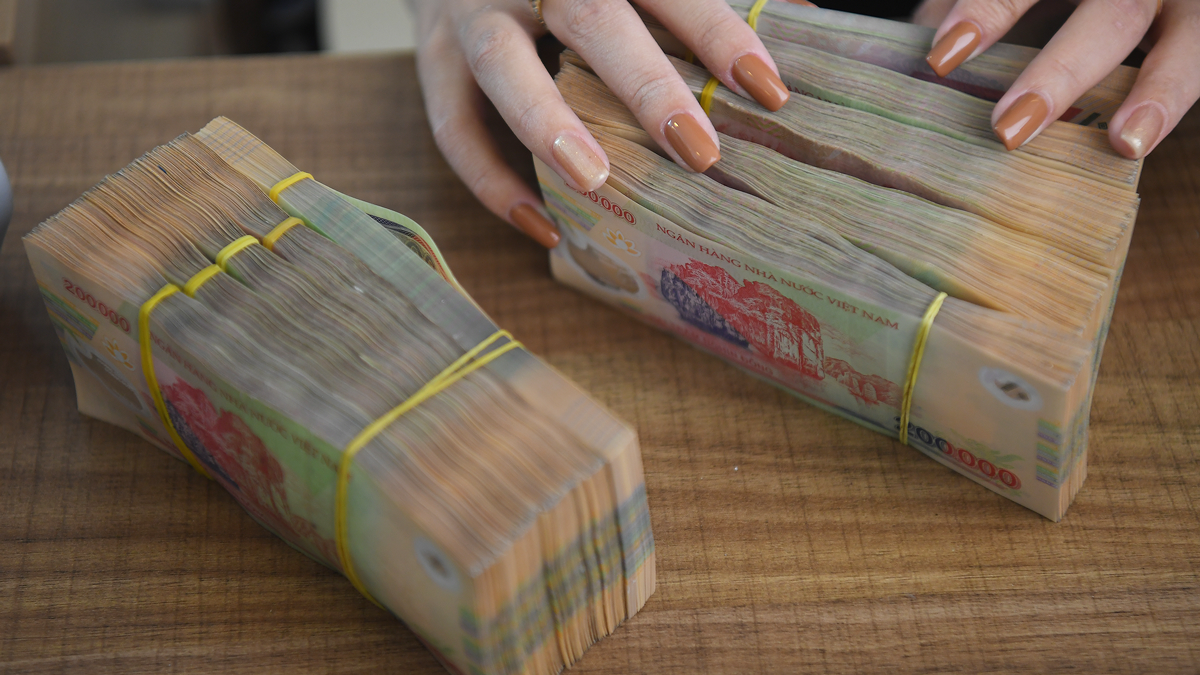 A worker counts Vietnamese banknotes at a bank in Hanoi. Photo by VnExpress/Giang Huy

Several banks raised mortgage interest rates by as much as 1 percentage point amid tightening credit.

In mid-June, Vietcombank raised its rate from 9.2% to 9.8% for the first three years.

At least three other banks have raised rates.

Vietnam International Bank has adjusted its rate upwards by 0.2 percentage points since last month to 8.7%.

Trinh Bang Vu, director of retail loans at Shinhan Bank, said that since there is little room left for loans this year and the State Bank of Vietnam has not increased quotas, the banks must be selective in their lending.

Some lenders like Orient Commercial Bank have yet to raise their mortgage rates, but expect to do so by 0.1 to 0.2 percentage points over the next few months.

Analysts at SSI Securities expect home loan interest to continue to rise even as new credit growth quotas are announced.

Analysts at KB Securities expect rates to rise by 0.4 to 0.7 percentage points this year due to inflation.