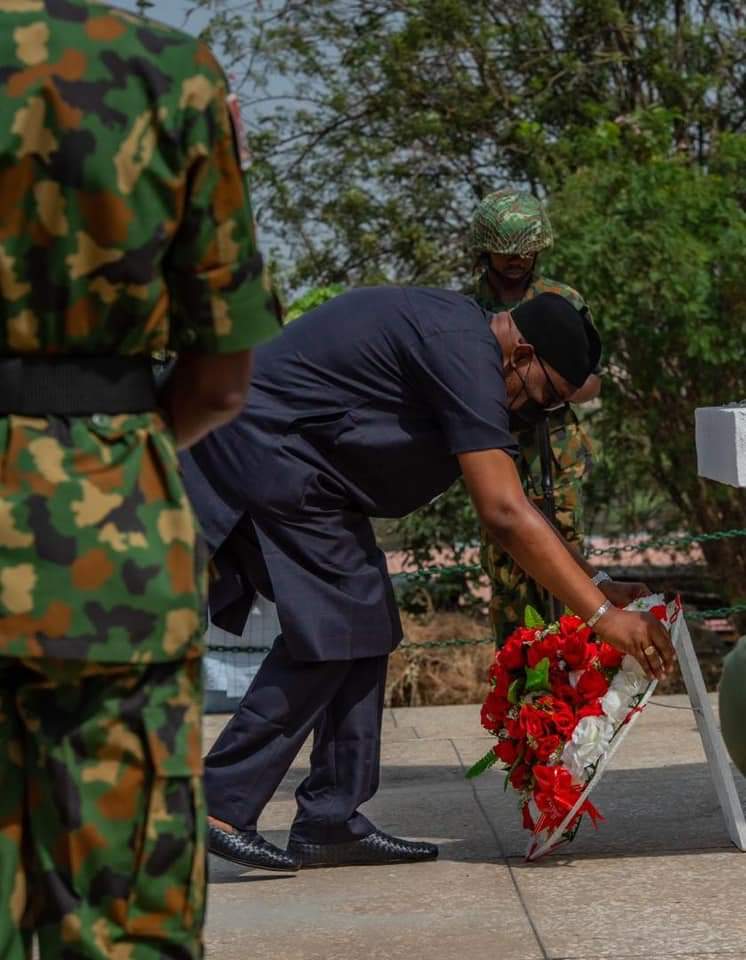 Governor Rotimi Akeredolu of Ondo State said his administration had disbursed 7.5 million naira in revolving loans to 52 widows of fallen heroes in the state.

Akeredolu announced this during the Armed Forces Remembrance Day celebration held at the Cenotaph in Alagbaka, Akure on Saturday.

The governor said the gesture was to help the widows of fallen heroes so they are less dependent on society for their survival.

He commended the army for its efforts in the fight against terrorism, banditry and other criminal elements in the country.

“All over the world, especially in this part of the continent, every society has a unique culture of honoring its heroes.

“Indeed, we are here today to honor all of our fallen heroes, both military and civilian, who shed their blood for the unity and peace of this country.

“They have indeed fought a good fight for the sustainability of their homeland. We are here to say kudos to them and those who have been blessed to be alive until today.

“We, on our side, without mincing our words, came to praise them, both the dead and the living, for their patriotism. They have indeed sacrificed their lives for us to know peace.

“Since coming on board in 2017, we have touched the lives of a significant number of widows of fallen heroes, through our revolving microcredit loans.

“Our efforts in this direction would continue through this program and other packages deemed appropriate to make these widows self-employed, self-sufficient and self-employed through capacity training with start-up packages,” he said. he declares.

Akeredolu therefore appealed to the people to complement the efforts of the government by making generous donations for the welfare of the legionaries and also by employing the services of members who are still able-bodied in productive endeavours.

The governor commended all security agencies, including Amotekun’s corps, for their efforts to secure peace in the state.

Mrs. Taiwo Agoyi, one of the beneficiaries, who said her husband died in 1992 in the Ejigbo C30 plane crash, appreciated the Governor’s gesture.

“I work in the agricultural sector, such as raising goats, producing fish and chicken. Today I got a loan of 600,000 naira from the government. Although I was given 50,000 naira in the first place, I got more when I repaid the first loan

“On behalf of the other widows, I appreciate the Governor’s gesture as it will go a long way in helping us take care of our families and we promise to use the money wisely,” Agoyi said.