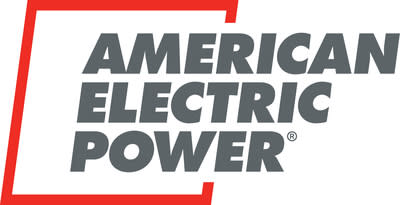 The remarketing is being made pursuant to an effective pending registration statement of AEP that has been filed with the United States Securities and Exchange Commission (SEC). This press release does not constitute an offer to sell or a solicitation of an offer to buy the securities described herein, and there will be no sale of such securities in any state or jurisdiction in which such offer, solicitation or sale would be unlawful prior to registration or qualification under the securities laws of any such jurisdiction. The offering of Debentures in connection with the remarketing may only be made by means of a prospectus and related prospectus supplement, copies of which may be obtained free of charge by visiting EDGAR on the SEC’s website. at www.sec.gov or by contacting Barclays Capital Inc., c/o Broadridge Financial Solutions, 1155 Long Island Avenue, Edgewood, NY 11717, 1-888-603-5847 or [email protected], or Wells Fargo Securities, LLC, 608 2n/a South Avenue, office 1000, Minneapolis, Minnesota 55402, Attn: WFS Customer Service, 1-800-645-3751 or [email protected]

American Electric Power, based in Columbus, Ohio, powers a cleaner, brighter energy future for its customers and communities. AEP’s approximately 16,700 employees operate and maintain the nation’s largest electric transmission system and more than 224,000 miles of distribution lines to safely deliver reliable, affordable power to 5.5 million regulated customers. in 11 states. AEP is also one of the largest electricity producers in the country with approximately 31,000 megawatts of diversified generation capacity, including more than 5,900 megawatts of renewable energy. Company plans include growing its renewable energy generation portfolio to approximately 50% of total capacity by 2030. AEP is on track to achieve an 80% reduction in carbon dioxide emissions against 2000 levels by 2030 and is committed to achieving net zero by 2050. AEP is recognized for its focus on sustainability, community engagement, and diversity, equity, and inclusion. AEP’s family of companies includes AEP Ohio, AEP Texas, Appalachian Power (in Virginia and West Virginia), AEP Appalachian Power (in Tennessee), Indiana Michigan Power, Kentucky Power, Public Service Company of Oklahomaand Southwestern Electric Power Company (in Arkansas, LouisianaEast Texas and the Texas Panhandle). AEP also owns AEP Energy, which provides innovative and competitive energy solutions nationwide. For more information, visit aep.com.

This report prepared by American Electric Power and its listed subsidiaries contains forward-looking statements within the meaning of Section 21E of the Securities Exchange Act of 1934. Although AEP and each of its listed subsidiaries believe that their expectations are based on reasonable assumptions , such statements may be influenced by factors that could cause actual results to differ materially from those projected. Among the factors that could cause actual results to differ materially from those set forth in the forward-looking statements are: changes in economic conditions, electricity market demand and demographic patterns in AEP service territories; inflationary or deflationary trends in interest rates; financial market volatility, in particular developments affecting the availability or cost of capital to fund new investment projects and refinance existing debt; the availability and cost of funds to fund working capital and capital requirements, particularly during periods when the time between cost incurring and collection is long and costs are material; reduced demand for electricity; weather conditions, including storm and drought conditions, and AEP’s ability to recover significant restoration costs after a storm; the cost of fuel and its transportation, the creditworthiness and performance of fuel suppliers and carriers and the cost of storing and disposing of spent fuel, including coal ash and spent nuclear fuel; the availability of fuel and the necessary production capacity and the performance of the AEP production plants; AEP’s ability to recover fuel and other energy costs through regulated or competitive electricity rates; AEP’s ability to build or acquire renewable power generation lines and facilities (including the ability to obtain necessary regulatory approvals and permits) when needed at acceptable prices and terms and to recover these costs; new laws, litigation, and government regulations, including oversight of nuclear production, trade in energy products, and new or enhanced requirements to reduce emissions of sulfur, nitrogen, mercury, carbon, soot, or particles and other substances that could affect the continued operation, cost recovery, and/or profitability of the AEP production plants and associated assets; changes in public perception of the risks associated with fuels used before, during and after electricity generation, including nuclear fuel; the timing and resolution of pending and future rate cases, negotiations and other regulatory decisions, including rates or other recoveries of new investments in generation, distribution and transmission services and environmental compliance; litigation; AEP’s ability to contain operating and maintenance costs; prices and demand for generated and wholesale electricity; technological developments, particularly with regard to energy storage and new, developing, alternative or distributed generation sources; AEP’s ability to recover through rates any remaining unrecovered investment in generating units that may be retired prior to the end of their previously projected useful life; volatility and changes in the markets for coal and other energy-related products, in particular changes in the price of natural gas; changes in utility regulation and cost allocation within regional transportation bodies, including ERCOT, PJM and SPP; changes in the creditworthiness of counterparties with which AEP has entered into contractual agreements, including energy trading market participants; rating agency actions, including changes to AEP debt ratings; the impact of capital market volatility on the value of investments held by AEP’s pension, OPEB, captive insurance entity and nuclear decommissioning trust and the impact of such volatility on future financing needs; accounting pronouncements issued periodically by accounting standardization bodies; and other unforeseen risks and events, including wars, the effects of terrorism (including increased security costs), embargoes, natural and man-made fires, cyber threats and other catastrophic events.

Now is the time to buy a home as interest rates rise?